It has been a long hot summer and I have largely left the Trout and Grayling alone. The weed growth this year has been phenomenal and coupled with the high temperatures this did leave me a little concerned about fish welfare. One trip out to the Avon towards the end of August resulted in a single Brown Trout and a handful of small Grayling.

However I have been out fishing. In July I did something that I had not done for an awfully long time and went coarse fishing. Fishing a sweetcorn on a whip it was almost ‘fish a chuck’ on a small Shropshire stillwater and I had great fun catching Roach, Bream and hybrids. Highlight of that trip was targeting the head of Carp in the lake next door. Some pre-soaked dog mixers were catapulted between a pair of feature islands and after a few minutes one or two of the Carp began to feed in the surface. In went an imitation dog biscuit, a corkball glued to a hook, on a controller float and I was soon into my first ever Carp. What a dogged and determined fight, plenty of low range grunt and torque… 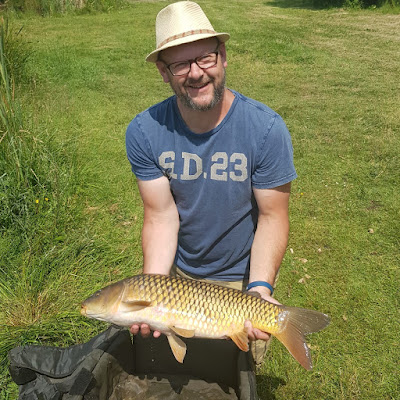 I also determined that it was about time that I got around to actually catching a Bass on the spinning rod that I bought a couple of years ago. I had all the gear and thanks to the power of the internet a little bit of an idea and I made my way down to Hayling Island for a couple of early morning sorties. The first visit was, unsurprisingly, a blank but I was able to get to grips with working the lure and having a least an idea of what I was trying to achieve. I was making my way up the learning curve. With confidence rising my second trip was successful with a nice Bass bought to hand. 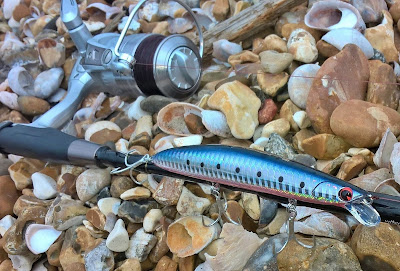 I also got myself set up with a light lure outfit for Chub in the Wey. I have to be honest I struggled with the casting, given the overgrown nature of the river at the end of the summer. I never thought I would struggle more with ‘simple’ overhead casting than with fly casting! It may well be that I am now too late to catch a summer Chub – there is always next year. 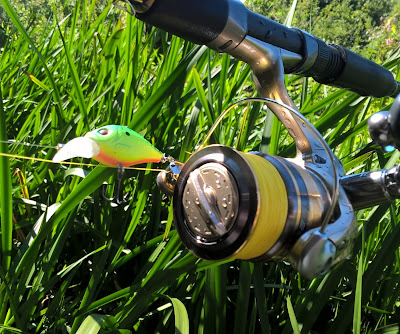 A beautiful Tuesday evening in early June. The beat I wanted available and all available reports indicating that the Mayfly hatch was underway. What could be better?! In reality not much, but there was one small fly in the ointment, a biting Northerly was blowing directly downstream making presentation tough and bringing an unwelcome cold edge to the evening.

The fish proved judicious, they certainly were not in full Duffer mode and I had to work for the three WBT that I was able to bring to the net. On reflection there is something a little paradoxical in trying to cast Mayfly patterns with a bulky wing tied on a size 10 long shank hook with a 7’6” rod. In many respects, even had there been favourable conditions, this was a truly compromised outfit. In less than ideal conditions I was making a hard job that much more difficult.

There was a measure of pride in recording that the only other rod to fish No. 1 on that day had drawn a blank.

All pictures from Durnford No. 1 on the Avon… 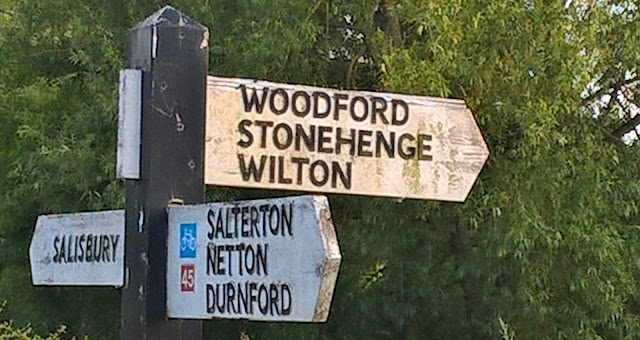 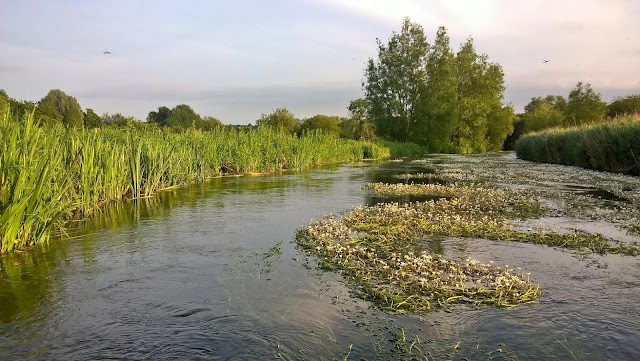 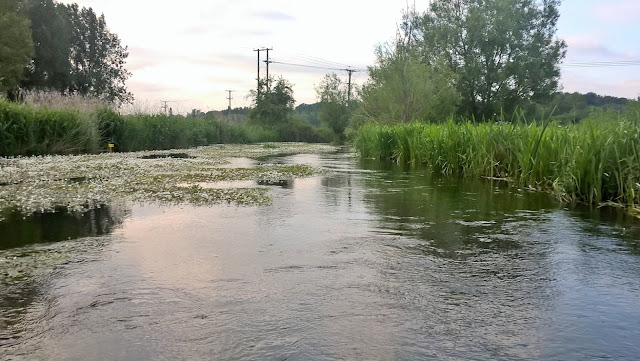 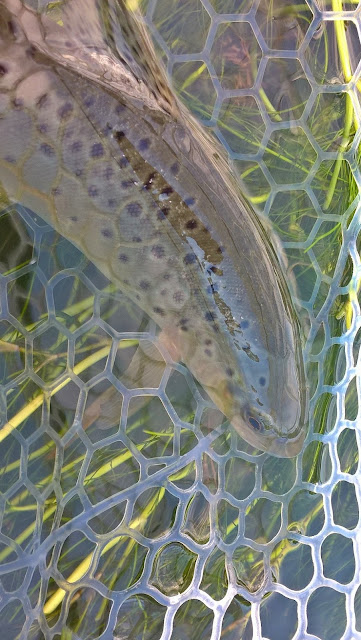 First of the year

It does appear that I am pretty useless at this blogging caper. However this really reflects the fact that, to my shame, I have not fished an awful lot over the last year as my rugby has become a year round pursuit. I think I managed one very brief grayling trip over the winter, curtailed by terminally leaking waders. The Monnow Social was as much fun as I had remembered but the fishing was tough. I was not alone in this conclusion, pretty much everyone struggled. An awful lot of work for not a lot of action. Strangely though there were nice hatches of upwinged flies but no reaction from the fish. Perhaps, after a harsh tail end to the winter, we were just too early this year. Not a bad weekend to reflect that fishing should be more than just about the fish with old friendships rekindled and new ones made.

Back on home waters I fished Durnford on the Avon last week and the Wey this week in anticipation of some Mayfly action. Durnford was tough with little evidence of rising fish and I fished the beat only casting to rising fish and ended up with a couple of Grayling and a solitary WBT, with a couple of ‘interested’ swirls. A very few Mayfly in evidence but I had success on a size 16 emerger pattern.
The Wey was a little more accommodating with more actively feeding fish at the surface. More Mayfly in evidence this time but again ignored by the trout. I ended up bringing five WBT to hand, again an emerger was the pattern of choice, in size 14 this time.

All pictures from the Wey... 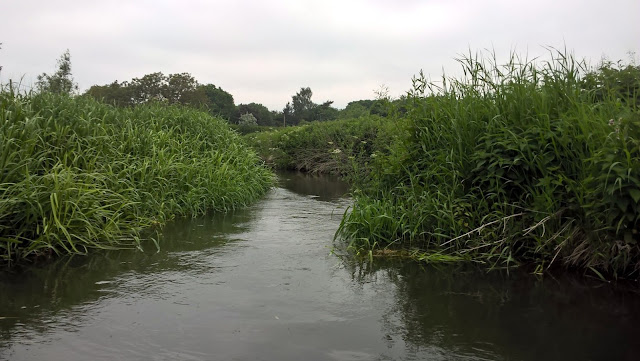 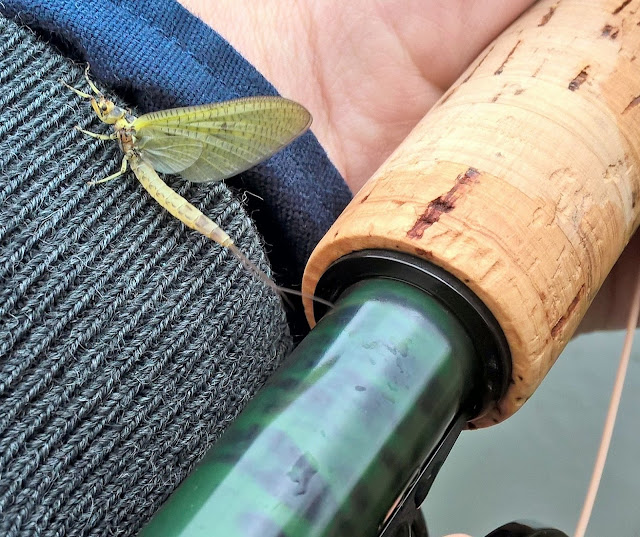 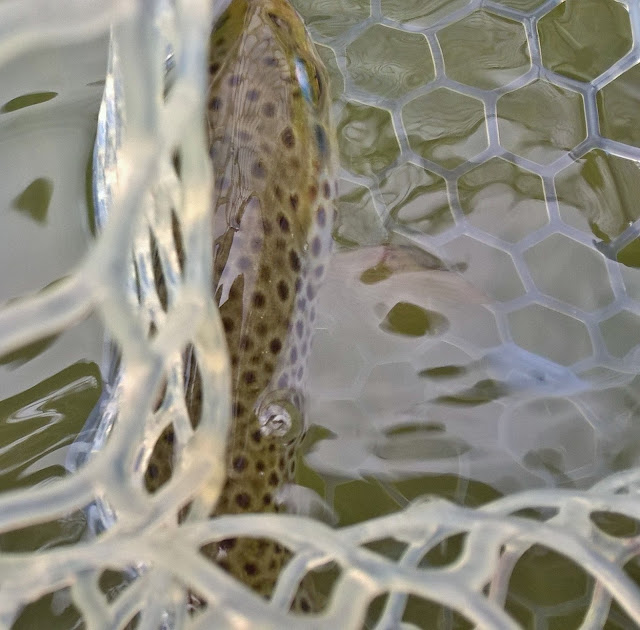 
Tuesday evening, Durnford. I wanted to wade so was glad to secure the disc for beat 2. I had feared that this year I would (again) miss the peak of the Mayfly but hoped that this evening would see me hitting the sweetspot. I was loaded for bear and as I strolled down to the start of the beat it was gratifying to see a lot of duns on the wing. The weather was pretty much perfect and the water was in fine fettle. In short I was anticipating a great evening of fishing. 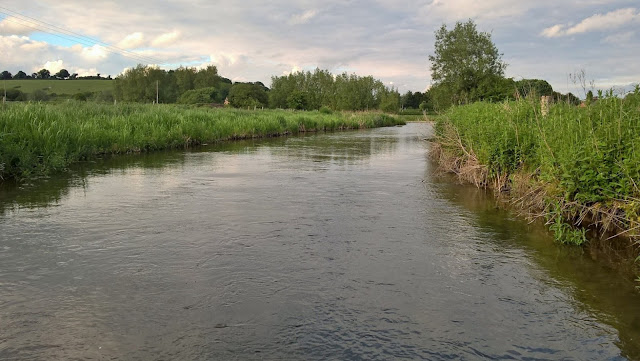 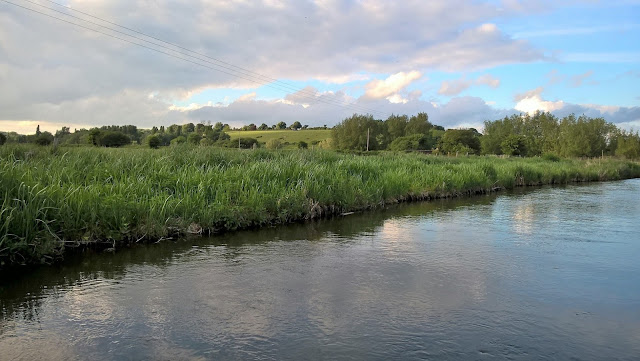 Getting into the water I managed to resist the temptation to start fishing straight away and spent a few minutes just observing. Any rises that I observed were sporadic and did not appear to be to any of the Mayfly. I started fishing with a pretty standard Mayfly dun pattern but other than a few swirls this fly did not receive any interest. I must admit that I really am no kind of an entomologist but what the trout were taking was small. Scaling down my approach I replaced the dun with a sparsely tied CDC emerger and was soon in business. 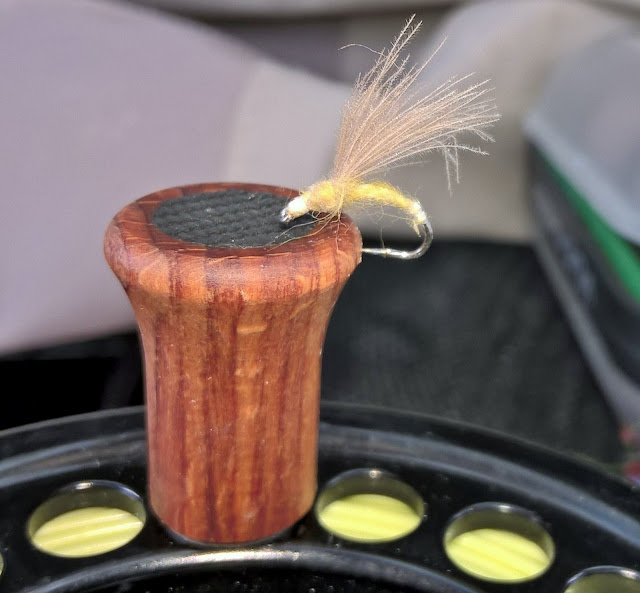 From this point the fishing could be described as technical. However I am not, yet, a complete tosser so I will refrain from that. However it would be accurate to describe the fish as being locked into a certain size and attitude of the fly, unwilling to move from station and intolerant of drag. Ultimately I ended up with three fish, all of a similar stamp, and got absolutely smashed by a fish feeding in the crease of a ripple, all of three inches deep. Screamed off upstream at a rate of knots and then shed the hook.

So I didn’t make hay at the height of the Mayfly, but in reflection, I think I probably had a more challenging, and ultimately satisfying evening than I thought I was going to have.
Posted by Ben at 7:41 AM No comments:

Other Blogs of Interest